The Hierran Wolfdog or Perro Lobo Herreño is a breed of dog originated in the Island of El Hierro, in the Canary Islands (Spain).
The islanders know it as “lobito” or “perro lobo” 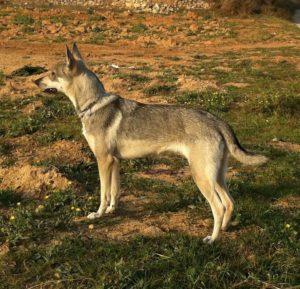 Although its origin is unknown, dogs similar to wolves existed in 15th century in the Canary Islands, called “cancha” by aborigins. It is generally believed to be of wolfdog ancestry.

Theoretically, the Canary Islands are named after the various canines who lived there. There is a type of dog on almost every island, and islands share several. As livestock play an important role on the islands, there are several sheepdogs.

The origin is still uncertain, but the Hierran Wolfdog has been present for the last two centuries and probably came with the first settlers to the island, an issue that is still under study. At the arrival of the Spanish conquest, the chaplains accompanying the Conquistadors wrote about the presence of “wild dogs like wolves, but they are small”.

This dog has achieved its preference among the shepherds of the island. 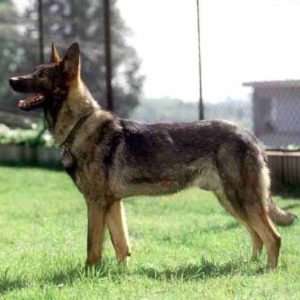 Members of this breed have a mixed ancestry that is a contributing factor in the dogs’ somewhat varied appearances. However, it is not uncommon for these animals to look a lot like German Shepherds. Kunming Wolfdogs typically have sizable heads, thick necks, loose skin, and athletic bodies. These dogs also possess high-set, triangular ears and long black muzzles. Rounded eyes are yet another breed feature. Despite their size, members of this breed typically have tiny feet that are somewhat cat-like in appearance. When these dogs are on fully alert, their bushy tails will curl up and be held at a high angle.

Kunming Wolfdogs are large animals that stand between 25 and 27 inches (63.5 and 68.5 centimeters) in height. These dogs typically weigh anywhere from 66 to 84 pounds (30 to 38 kilograms) on average.

Members of this breed have tan fur that ranges in color from light to dark. They should also have black, saddle-shaped markings on their bodies. Kunming Wolfdogs typically do not have fur that is as long as that of a standard German Shepherd. In the fall and winter months, these animals will sport a double coat but they shed a layer of fur the springtime  in order to maintain their cool during the warmer portions of the year.
> http://www.petpaw.com.au/breeds/kunming-wolfdog/ 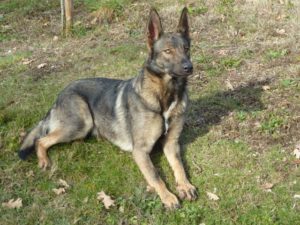 Strong body, not too long, well-built and descended chest which forms a supple harmonious profile with the line of the throat, the chest, the sternum, the abdomen; upright back-lumbar line; not too low rump.
Head and muzzle: slender well designed, typical wolf muzzle, a bit thin in the edge; strong jaws; black nose; teeth: pincer teeth, robust and very white.
Ears: medium size, perfectly parallel ears, when the attention is awake, very mobile according to the moods and movements of the animal.
Eyes: medium size, rather oblique, non prominent, never too dark, golden in the deep; intense and loyal glance.
Legs: perfectly perpendicular, very strong but lean, they never look heavy; not too angled hind legs.
Tail: quite long and thick, not exaggerated though, low and leaning when resting and on the alert, it raises with a harmonious not excessive curved line when the animal is agitated, although his main line is never vertical: it must look graceful and smoothly.
Gait: smooth and easy, even in the case of a large sized animal, maximum weight, this dog must give the impression of elegant strength either in the pace, trot or gallop, which is steady and fast, like the wild wolf’s gait. It is quite interesting to point out the aligned footprints when trot is fast; oval paw. The body and the legs together highlight both the smoothness and the strength of the joints as well as connections, thus showing a great functioning in the shoulder and hip.
Coat: medium long and tough, straight or somehow wavy in the trunk and thigh, finer and shorter on the head and legs, with dense under hair in dogs living in the open.
Colour: grey, changing dark base shading off differently from subject to subject to tawny or beige; also dark back , well defined collar; in the abdomen, in the lower part of legs, internal and rear part of thighs: grey or rusty grey, pale tawny or beige; in every kind of coat a small white spot on the chest is accepted, though. Seasonal variations. The Wolamute is not a purebred dog. It is a cross between the Timber Wolf also called the Gray Wolf and the Alaskan Malamute. The best way to determine the temperament of a mixed breed is to look up all breeds in the cross and know you can get any combination of any of the characteristics found in either breed. Anyone owning a Wolf Hybrid should take extra time to learn the animal’s natural instincts and behavior. Not all of these designer hybrid dogs being bred are 50% purebred to 50% purebred. It is very common for breeders to breed multi-generation crosses.

Welcom to our side. Enjoy 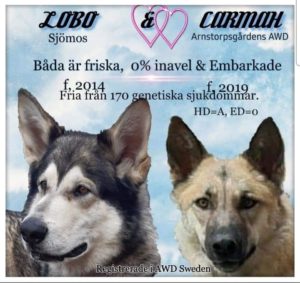 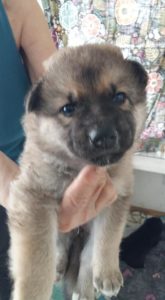 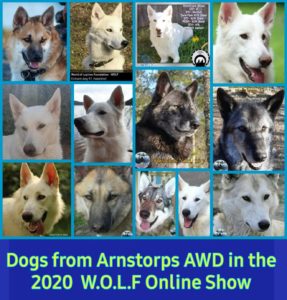 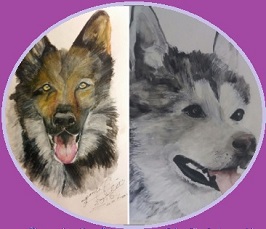